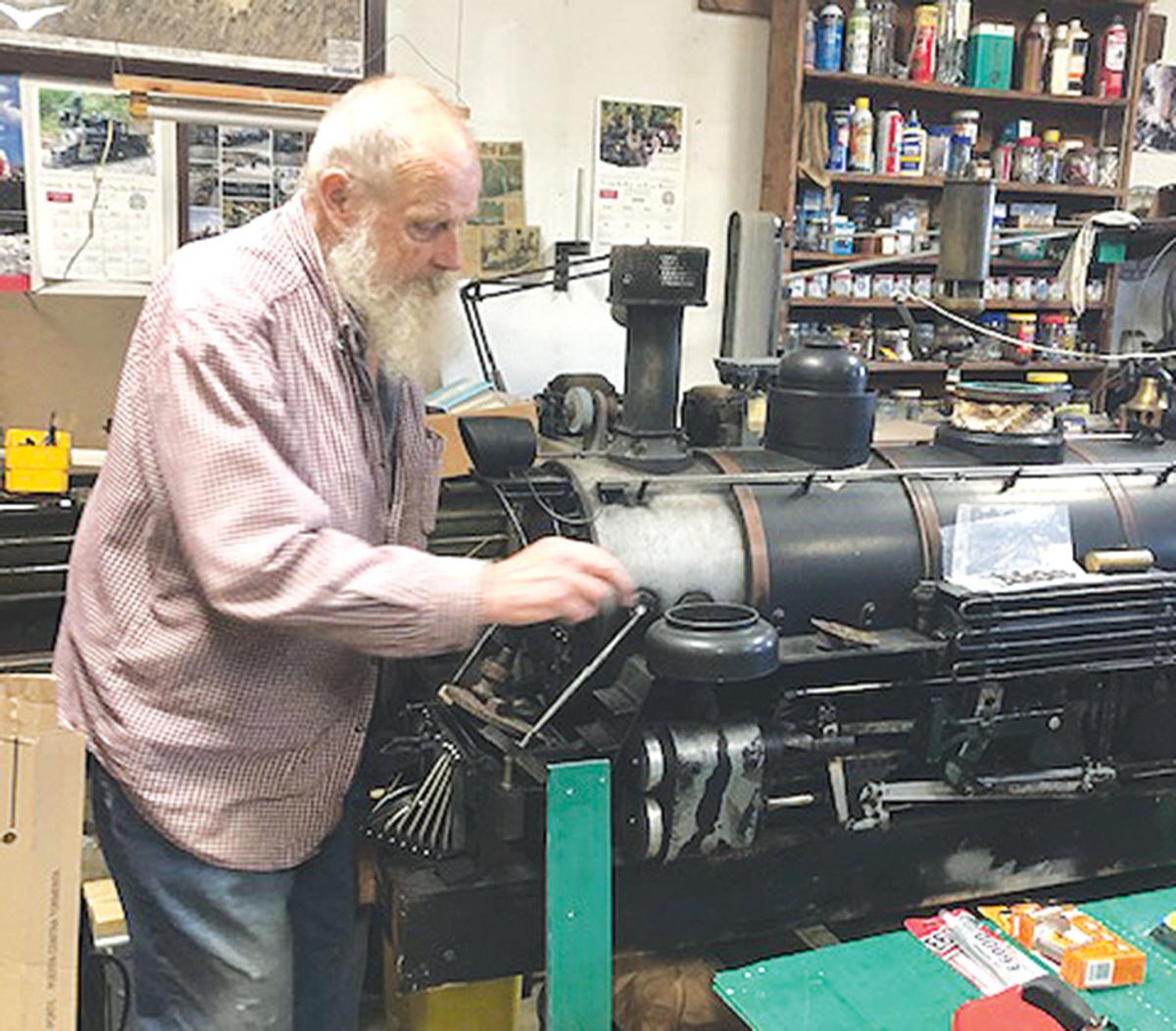 Stamping Ground resident Don Saager works on one of the three trains he operates on his track at his farm. 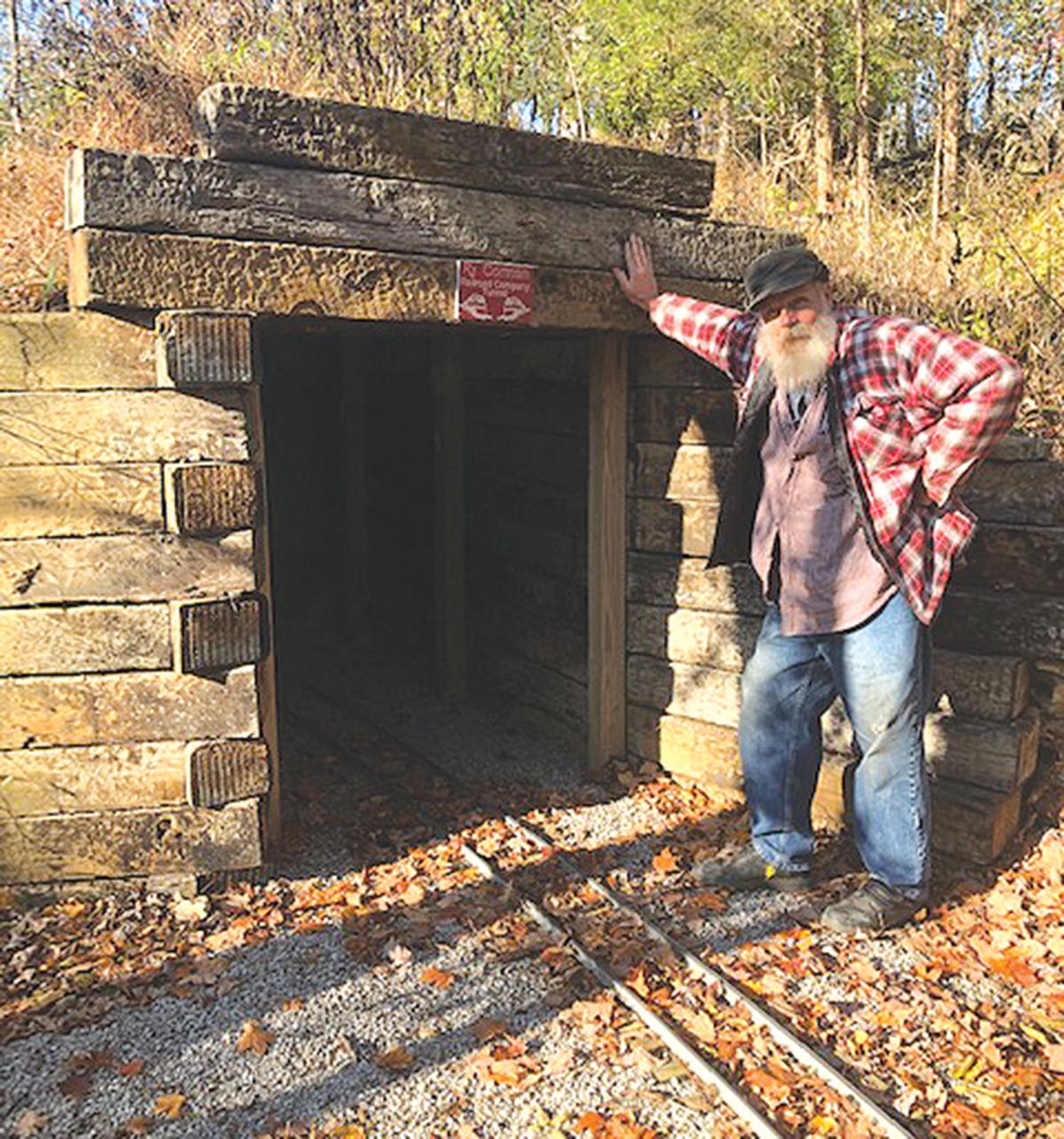 Don Saager with a tunnel that is part of a one-mile train track built on his farm.

Stamping Ground resident Don Saager works on one of the three trains he operates on his track at his farm.

Don Saager with a tunnel that is part of a one-mile train track built on his farm.

STAMPING GROUND — Driving through the country back roads surrounding Stamping Ground on any given weekend, the faint but familiar sound of a train whistle can sometimes be heard coming from the hills. It could be you are hearing a whistle from one of Don Saager’s custom trains.

The train enthusiast has been building his own scale-model trains for over 25 years now. Saager builds and operates his 1.5:12 inch scale model trains in a shop on his farm. The shop has everything he needs to maintain the steam and battery engines.

The dream of having a train operating on a track began in 2002. A full compliment of equipment including a bulldozer and backhoe were required to complete the elevation work on the job. Several dump trucks of dirt helped to form the initial loop, approximately 1/2 mile long. Then the drainage and embankments were added. Finally the track was ready to be laid.

Each track panel is 10-feet long. Each panel has 32 ties and each tie has four screws. After hundreds of hours of hard work was completed with the help of friends and fellow train enthusiasts, the steam engine train made its first loop in 2004.

“That was truly a special day for us,” said Saager.

But Saager had more plans for the train route and the work continued. The track is now one-mile long and includes a trestle and tunnel. Both were difficult to complete.

The 24’ long tunnel is actually two repurposed gasoline tanks that were recovered from a gas station that closed. Saager and his friends sautered the two sections together to make one tunnel. The tunnel leads to the impressive trestle.

Saager is a retired tool and dye maker who trained himself to become a mechanical design engineer. Those skills came in handy when building the trestle. The structure is 180-feet long and 24-feet tall at its highest point with 18 supporting columns, all engineered by Saager himself.

The trestle is the envy of the fellow enthusiasts that come to his farm to what Saager has named “The Heavenly Hilltop” train experience.

“The members in my train club come here and appreciate my track and then I travel around to other track locations sharing my experience and exchanging information with other club members,” said Saager.

His travels take him to many other states and sometimes his wife Rebecca joins him. He has a built a battery operated train for her enjoyment that’s a little cleaner to operate and to ride on.

“She is glad I have something to do that keeps me active and out of trouble,” joked Saager.

His engineering skills are on full display on his hilltop and his friends and family enjoy the train experience he has created.

If you could time travel, what would want to see?

Sorry, there are no recent results for popular commented articles.