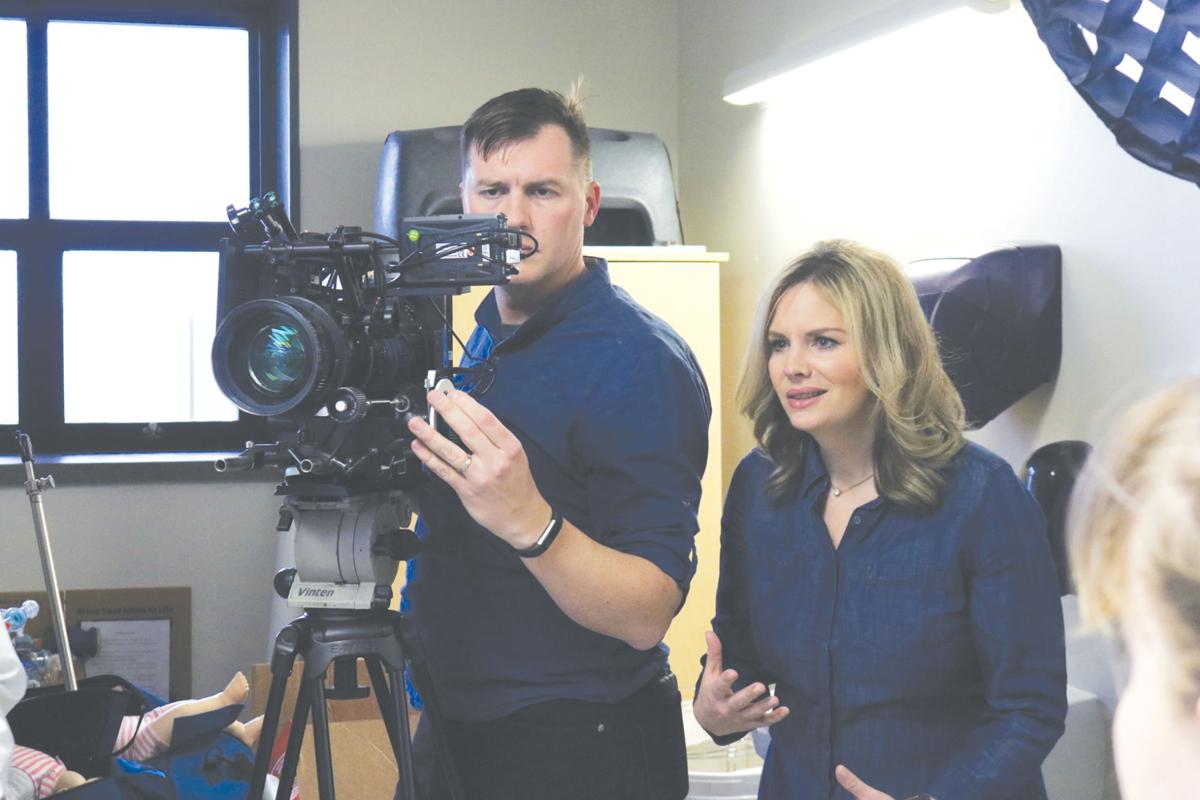 Lee Clements mans the camera, while Katie Ward directs a scene in the Health Services Village at ECS for the film, ‘Helping Izzy.’ 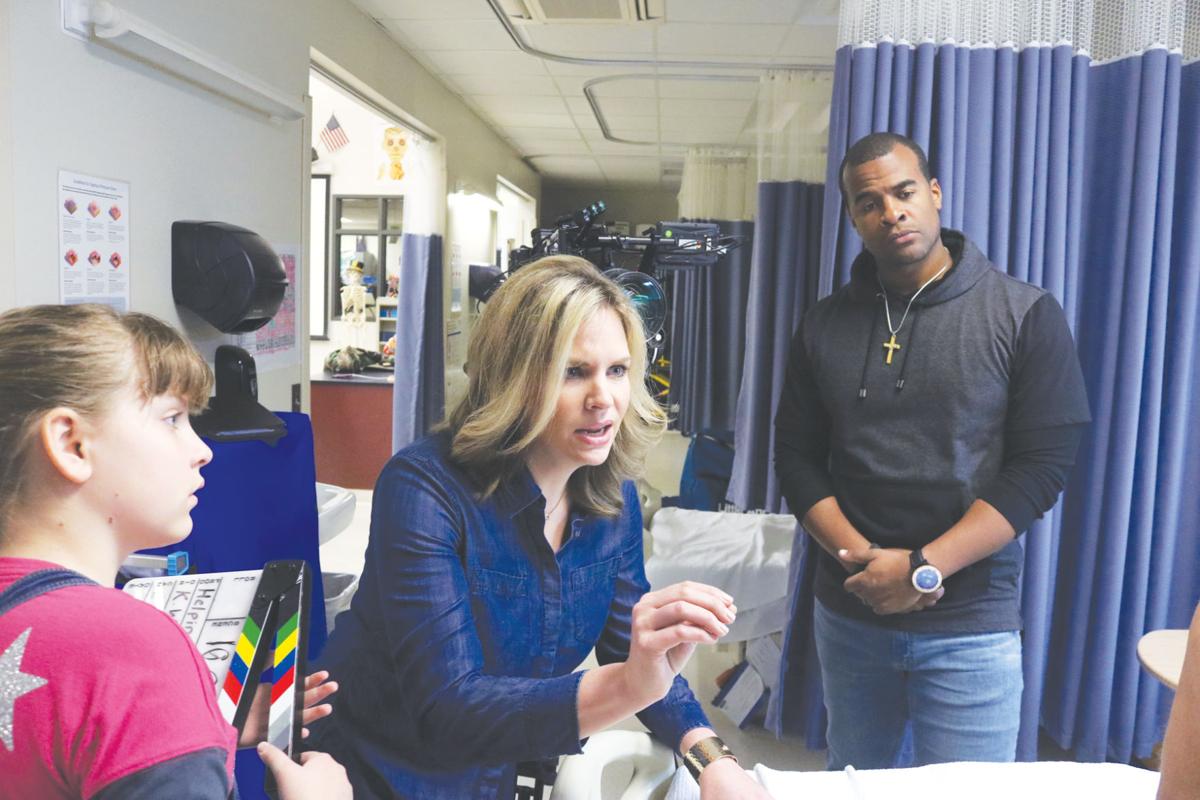 Lee Clements mans the camera, while Katie Ward directs a scene in the Health Services Village at ECS for the film, ‘Helping Izzy.’

A short film that is being shot around Central Kentucky brings a touch of Hollywood to Georgetown.

Katie Ward is directing the faith-based film, “Helping Izzy,” which was written by Christopher Kelder.

“‘Helping Izzy’ is a Christian based film about a professional football player who is going through some, I would say, various hits that he takes, as he attempts to regain his family and possibly his career in football,” said Ward. “His struggle, as he does this, leads him down a path to finding God and rebuilding that relationship with him. And, hopefully, his relationship with his daughter, Izzy.”

A small cast and crew filmed in Elkhorn Crossing School, as well as a private home over        the weekend.

The Health Services Village at ECS was staged as a hospital, while Jason Hardin, ECS’ upperclass media arts teacher and several seniors observed and learned.

“This school is a special place,” Ward said. “Working with Jason and allowing (us) to film here is incredible. And the people that have given us the time and the effort, the students that came in and observed today were amazing.”

A local realtor was recommended to assist in finding a location for a pivotal scene while the crew was in the area. Ward was pleasantly surprised to find that the realtor opened her own home to the crew.

“She was gracious, generous and I could not have been more blessed with a better location,” Ward said.

Ward also went on to say the people of Georgetown have served this film well.

After holding a national casting call, they received responses from all over. Cast members come from Louisville, Versailles, Cincinnati, Pittsburgh and Georgetown. Crew is from Lexington, Cincinnati and Wilmore.

“Georgetown is growing, booming and Kentucky is amazing with film right now,” Ward said. “A lot of people don’t realize how many films are coming out of Kentucky.

“Being able to come back to my home state and just being able to film 20 minutes out of where I was born and went to school is just an amazing thing to do. So, I am grateful and love this city.

“It’s always just a gorgeous drive, even to come into it.”

Will you be watching the inauguration on Jan. 20?