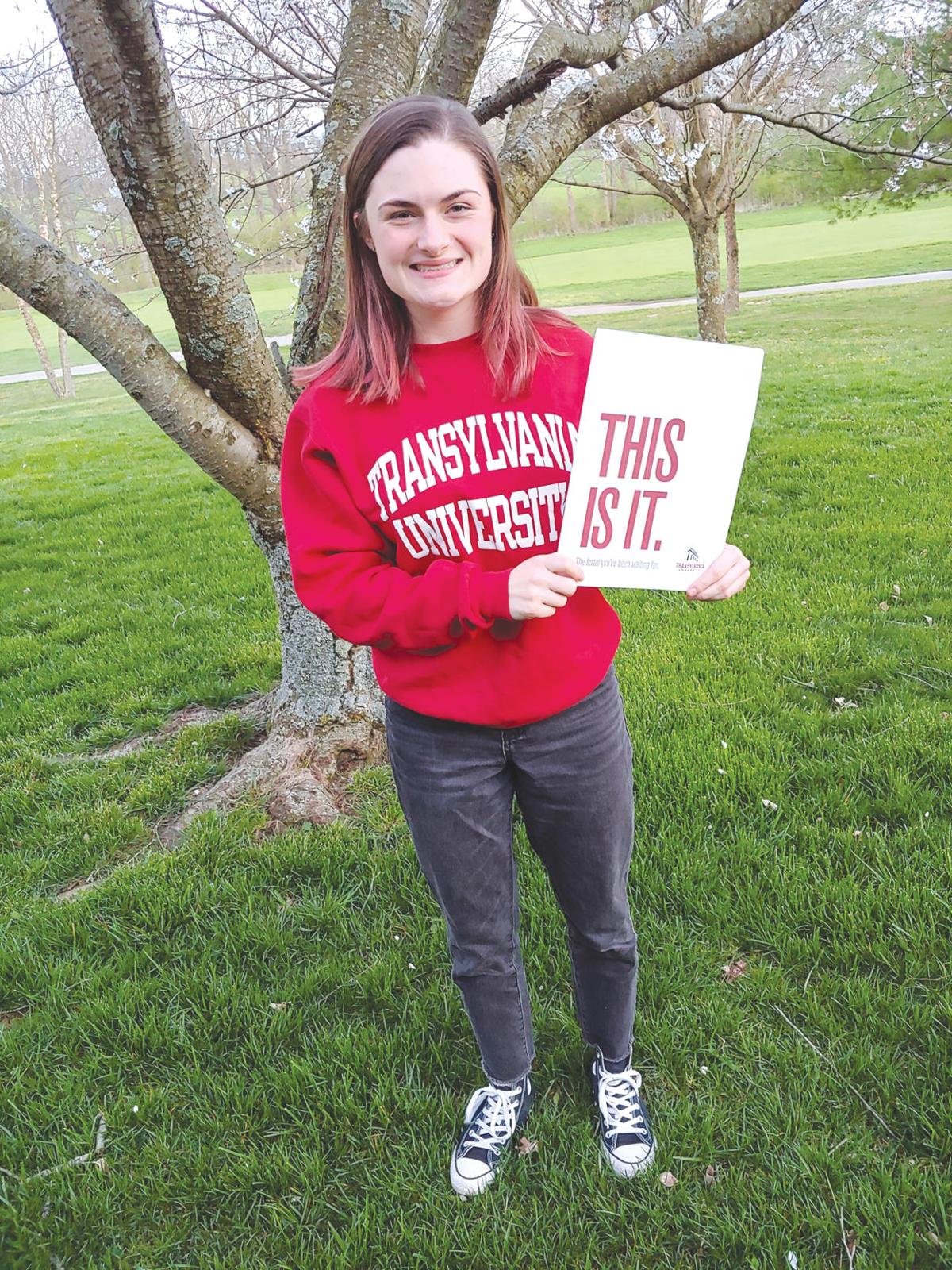 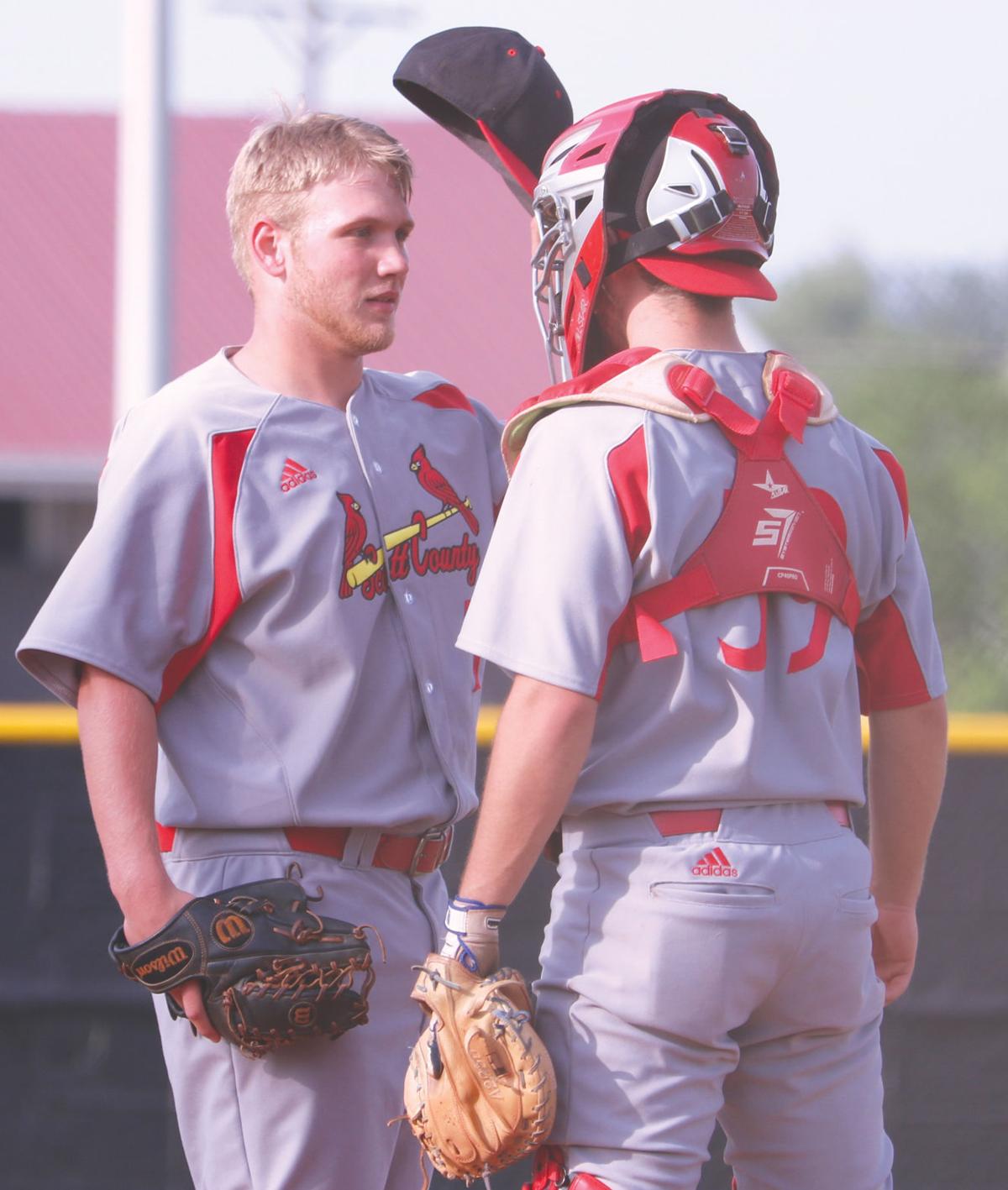 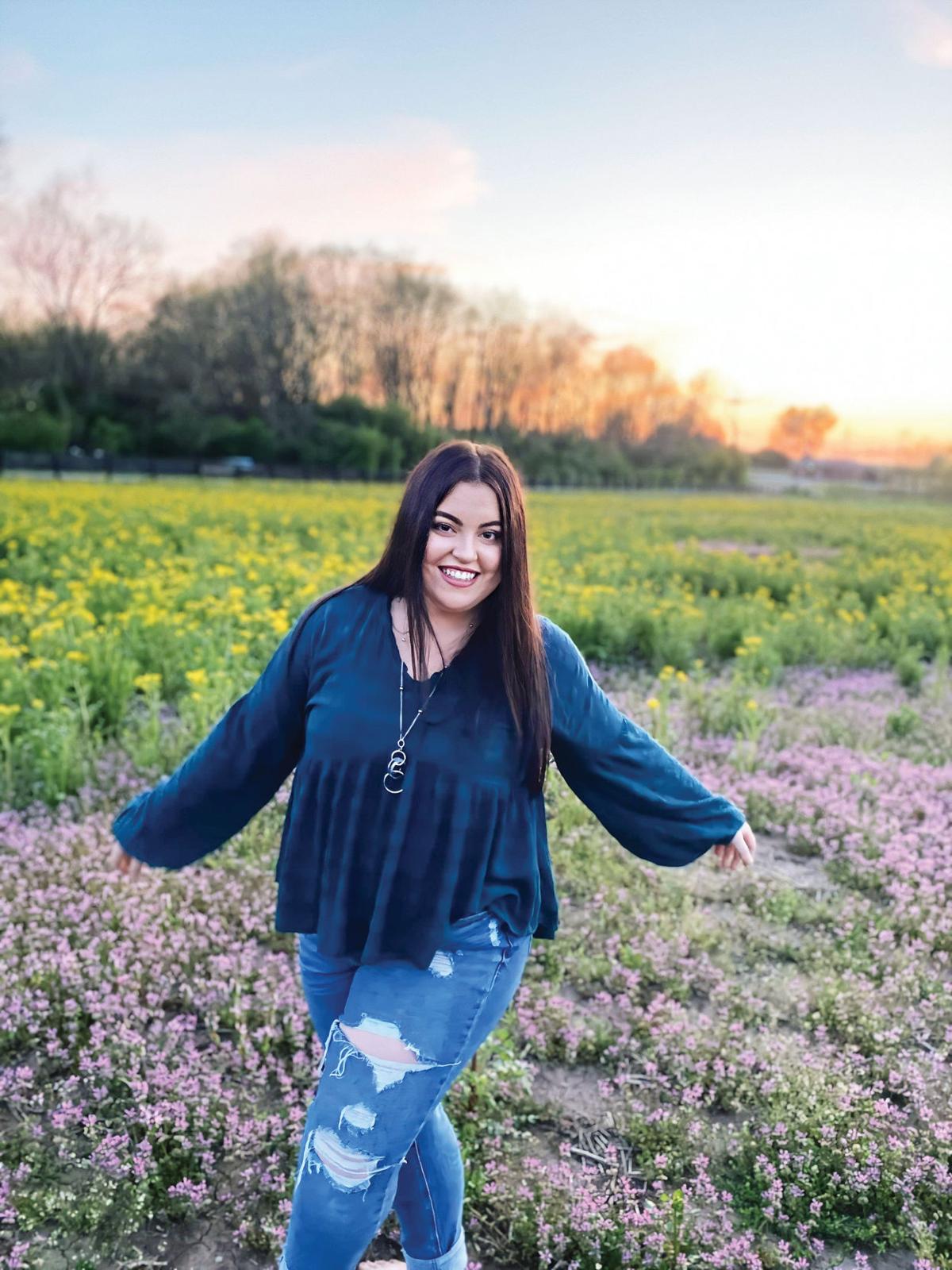 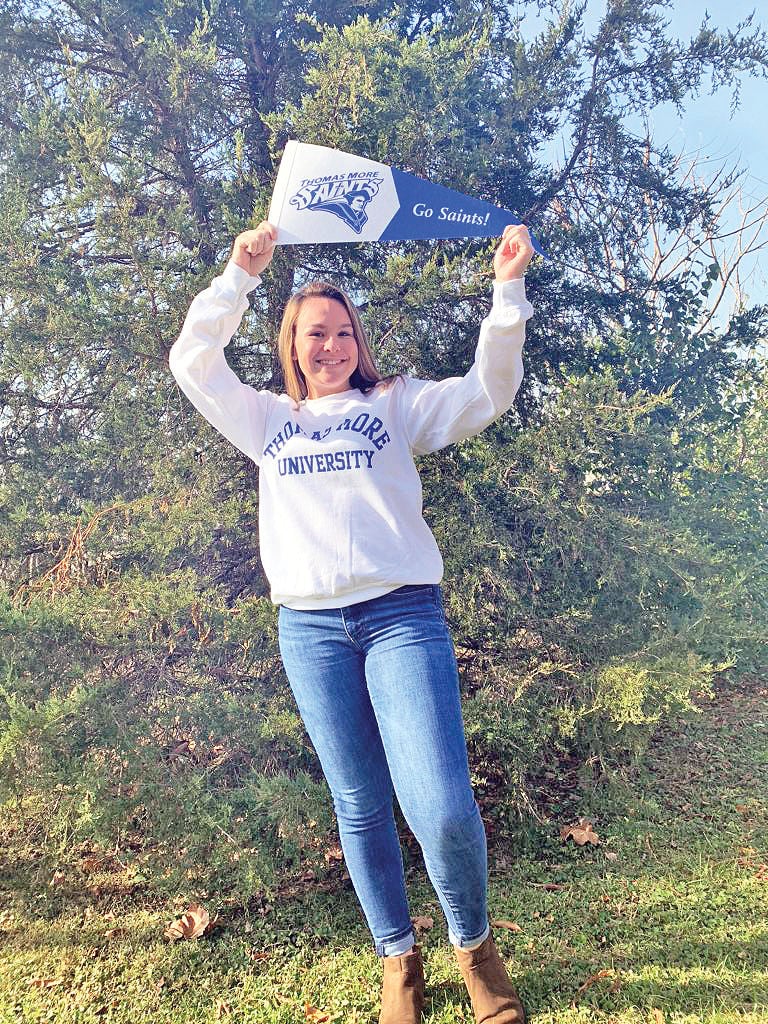 Lessons of high school’s senior year are supposed to involve physics, calculus, or perhaps an English thesis that requires a few nights of burning the midnight oil to complete.

Rites of passage are time-honored, and they typically coincide with the new birth of spring: Prom, senior breakfasts and skip days, and finally graduation.

Nothing is playing out according to plan or tradition as the final moments tick away for prospective graduates at Scott County and Great Crossing high schools, and the real-life lessons have proven tougher to navigate than a traditional classroom. The first year of that two-school arrangement, memorable for so many reasons, now will be a bizarre chapter in the history books due to the COVID-19 virus.

“It’s definitely been hard. I knew in going to Great Crossing, I had one year to make it special,” Emma Spencer said. “I was looking forward to being part of that first class to graduate, but now it almost doesn’t feel like it really happened.”

Proms have been called off. Any semblance of a spring sports season becomes less likely with each passing day. Graduation ceremonies, scheduled six weeks from now at the new Birds’ Nest Stadium, are up in the air.

“Growing up, your whole life you look forward to that senior year,” Scott County senior Cade McKee said. “You wait your turn, and now you get to be the oldest. You get to go the prom, and it’s your prom. You get to walk across the stage at graduation and be rewarded and recognized for all your hard work.”

Games, large social gatherings, even simple sit-downs with classmates at a fast food restaurant have been put on hold.

Each passing day brings local seniors closer to the realization that they may go their separate ways to college, career training or military service without a proper chance to say goodbye. They’ve tried to remain optimistic and philosophical, but they acknowledge that it hurts.

‘My great-grandmother grew up in the Great Depression, so I’ve heard the stories about that,” Scott County senior Haley Jones said. “I guess I’ll be telling my grandchildren all about this.”

School went into what was first mandated as a three-week recess after classes on Friday, March 13.

Spencer said by the start of the third week, which was the county’s traditional spring break, she started to realize the traditional school year probably was over.

It was a sickening feeling for Spencer, who was integral to a “Warhawk Ambassadors” committee that played a role in choosing everything from the fight song to graduation gowns.

“There are a lot of kids I realize I probably won’t see again, which is kind of sad. The last week of school, I was gone from Tuesday to Friday to a choir conference in Mobile, Alabama, that wasn’t canceled, so I didn’t get that last chance,” Spencer said. “We planned a lot of senior activities that aren’t going to happen. It’s a tough situation, I can’t think about it all that often, or I would stay upset.”

McKee, Scott County football’s starting quarterback for two years, was primed for his fifth and final season of varsity baseball.

He’s enjoyed his share of sports and community accolades. A left-handed pitcher whose fastball has been clocked well north of 80 miles per hour, McKee plans to continue his diamond days at Tennessee’s Volunteer State Community College and beyond.

“I’m blessed that it’s an option for me, and hopefully I’m going to play next year and continue my career,” McKee said. “But I feel terrible for a guy like Sam Daniel, who was going to have a monster year and has probably suited up in a true baseball game for the last time.”

For some athletes, this farewell season was their only realistic chance to shine.

Lindsay Dawson was the lone senior on the inaugural softball roster at Great Crossing. Years of waiting her turn at talent-laden Scott County made the final go-round even more significant.

She is signed with Thomas More University, but barring a miraculous turn of events in the coming weeks, Dawson will enroll there without ever having appeared in a high school varsity game.

“It’s so hard. I was so excited about playing and helping to get this program started,” Dawson said. “We put in so much work to get ready for our first year. I was excited to be playing five or six games a week, traveling to games with my team, and then it was all taken away.”

Both team leaders say one of the hardest things to accept is how close they made it to opening day.

Games were scheduled to begin Monday, March 16. The Kentucky High School Athletic Association, following the advice of both Gov. Andy Beshear and the Centers for Disease Control, at least temporarily pulled the plug on basketball’s Sweet 16 and all spring sports four days earlier.

“That’s what really hurts, knowing how close we were to at least getting a few games in,” McKee said. “The virus is crazy out there. It’s a horrible thing. I just wanted the chance to share the experience with these guys one more time.”

Extra-curricular activities aside, the closing of school and switch to full-time non-traditional instruction has been especially taxing for some.

Jones and Spencer each take dual-credit courses that will provide a head start on their college transcripts. They’ve had to dig deep and discover new levels of self-sufficiency.

“We have Zoom meetings instead of in-class meetings,” said Jones, who takes the advanced classes through Bluegrass Community and Technical College. “It’s definitely more typical of freshman year in college than senior year of high school. It requires you to be a lot more independent.”

Spencer will attend Transylvania University in the fall after receiving the prestigious William T. Young Scholarship. In addition to advanced placement physics and calculus courses, she takes college-level English and biology through Eastern Kentucky University.

Doing all the work remotely requires her to work many days from 8 a.m. to 6 p.m.

“The end of the year is when we’re learning a lot of the harder stuff. It’s definitely shown that my success in AP exams is almost totally up to me, without that in-person instruction every day,” Spencer said. “They’ve even offered refunds to students who don’t want to take them, but I’ve just had to block that out and remind myself I haven’t done all this work to this point for nothing.”

Jones was one of many Scott County girls who tried to make the best of a dreary situation last Saturday, the school’s scheduled prom night.

She was part of a music video, orchestrated by friend and classmate Madison Scott, in which all the participants did their hair and makeup and wore their dresses. As of Friday morning, it had attracted 32,000 views on Scott’s Facebook page.

“Obviously it isn’t the same, but it was something nice to lighten the moment. People spent so much money on dresses,” Jones said. “We grew up in the golden day and age for communication. Social media and things like FaceTime allow you to connect with people in a matter of seconds. But it’s a lot different than actually seeing them.”

As of now, softball, baseball, track and field, tennis and lacrosse are only “suspended,” although other states have already begun the painful process of scrubbing the entire season.

She tagged the missive with what has become her catch phrase of late.

“Any season is better than no season,” Dawson recited. “I’m still holding out hope that we will get something, even if it’s one game. I’d take one game.”

Don’t draw any conclusions that the seniors are being short-sighted or selfish.

They watch the news, and the governor’s daily updates, along with everyone else. More than 100 Kentuckians have died from the fast-moving virus that doesn’t seem to threaten high school students as much as their elders and those with preexisting health concerns.

“Obviously it’s for the best, especially when you consider all the older people that could be affected,” McKee said. “Much as I would love to be playing a baseball game under the lights right now, I would never want us to play that game and find out the next day that someone’s grandmother who was at the game contracted the virus and is in the hospital in critical condition, not to mention my own family.”

McKee and Spencer both said they’re already concerned that the virus might impact their studies in the fall.

Jones, who has not settled on a college yet, said she colors, prays, and takes advantage of the lower fuel prices by going for drives to combat her stress. Dawson continues to work out with her older sister and future college teammate, Caitlin, and clings to hope that she’ll get to play softball sooner.

“It’s hard to put it all into words,” McKee said of the inactive, helpless feeling. “It’s totally out of our control. It will break my heart if we don’t get to play. I think 20 years from now when I look back on my senior year, if we didn’t have a prom, didn’t have a graduation ceremony, didn’t have a baseball season, then that’ll probably still hurt me some.”

Have you ever changed your mind due to a campaign ad?