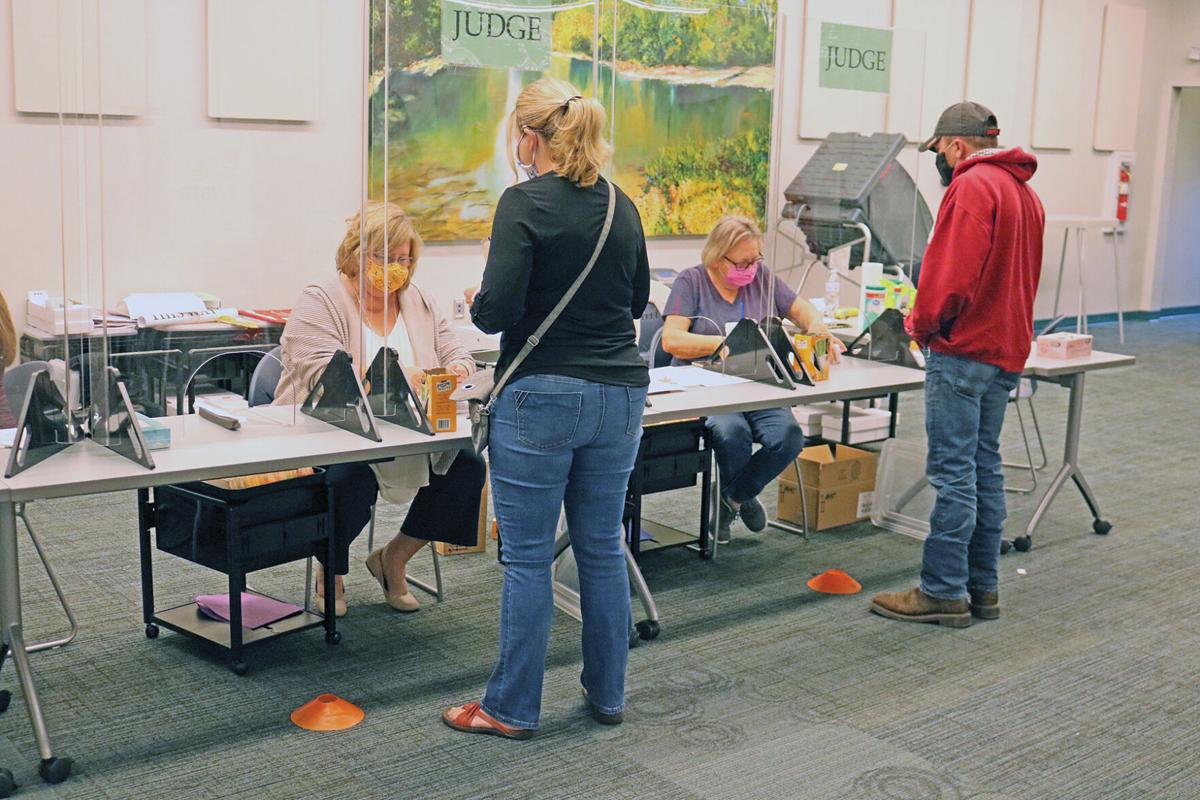 Voters register at the Scott County Public Library for early voting this week. 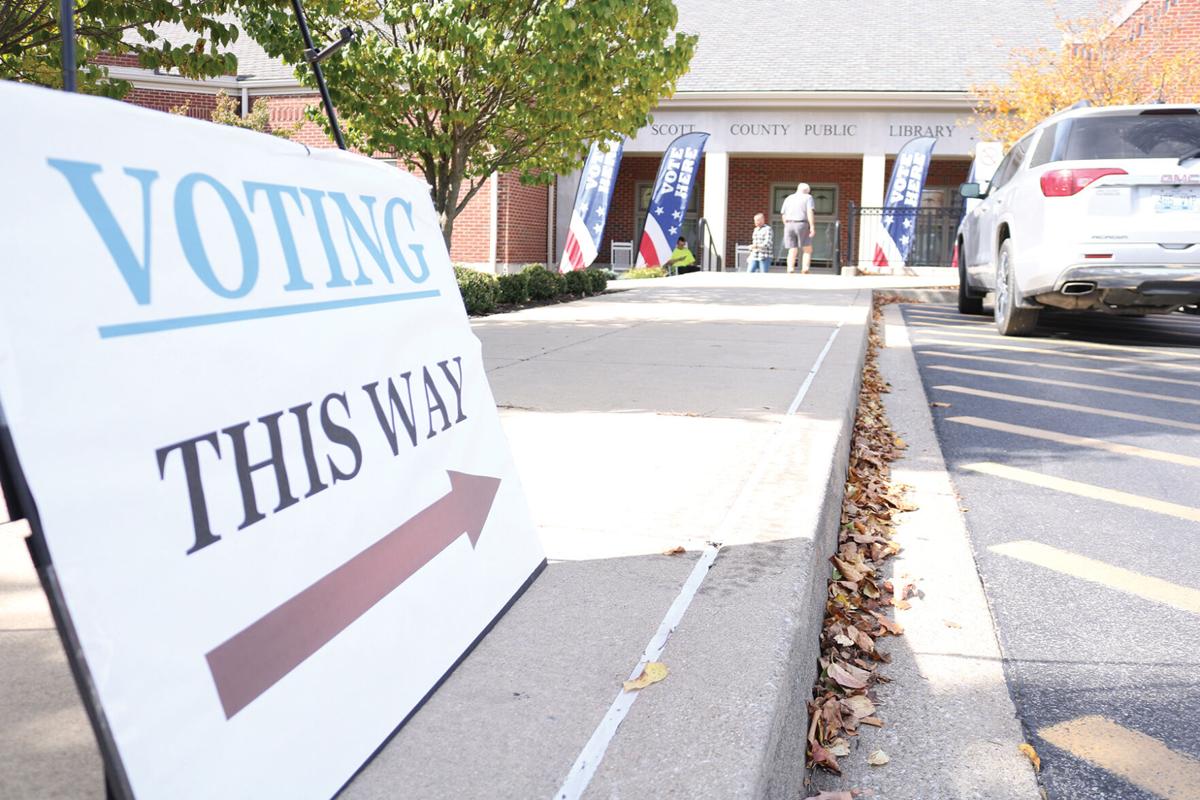 You can vote early at the Scott County Public Library. Seven other voting locations will be open on election day.

Voters register at the Scott County Public Library for early voting this week.

You can vote early at the Scott County Public Library. Seven other voting locations will be open on election day.

Some 1,851 Scott County voters cast their ballots during the first two days of early in-person voting, according to the Scott County Clerk’s Office.

Early in-person voting has been set up at the Scott County Library and the lines started off steady Tuesday morning and remained so throughout Wednesday, said County Clerk Rebecca Johnson.

“We had a continual line all day long,” Johnson said. “That was exciting.”

The setup moved the lines along quickly, and many voters praised the operation on its ease and smoothness. Markers kept voters a social distance apart, clerks were behind plastic partitions and used pens and markers were separated to be disinfected. Two clerks took and recorded the voter’s identity and provided a color card to identify the ballot version the voter was to receive. The voter then moved to another set of poll workers who identify the ballot version and gave final voting instructions.

“I don’t think anyone was in line more than 10 minutes,” said Amber Hoffman, election coordinator.

The turnout was better than expected, Johnson said.

“Yes, it was better than I expected, but it’s hard to know what to expect because this is all unprecedented,” she said. “We knew we had fewer requests for absentee ballots than in the primary, so I think voters adapted to the idea they have more options and they could vote in person.”

Statewide more than 57,000 Kentuckians cast a ballot during Tuesday, the first day of early in-person voting, including 911 from Scott County. Secretary of State Michael Adams wrote in a tweet Wednesday morning that 57,154 registered voters participated in the first day of early in-person voting. He noted those numbers were preliminary and the actual number could reach 60,000 because a couple of counties had not recorded their data.

Some 940 Scott County voters cast their ballot on Wednesday, the second day of early in-person voting.

Georgetown resident and U.S. Senate Democratic candidate Amy McGrath was among those voting on the first day in Scott County.

The early in-person format is historic for Kentucky, which is one of nine states that typically does not have early in-person voting. But this year’s election plan was a bipartisan compromise formed by Adams, a Republican and Gov. Andy Beshear, a Democrat, due to COVID-19. This plan is by far the most expansive in-person voting period in the state’s history. Voters have almost three weeks to cast a ballot before Election Day.

Scott County has 44,773 registered voters for the Nov. 3 election, up from 42,786 register voters on Dec. 31, 2019. Assuming all absentee ballots requested are actually cast plus the 1,851 ballots cast on Tuesday and Thursday of this week, the county’s voter turnout is already above 23 percent with several weeks to go.

The setup at each location will be similar to the library, Johnson said.

“Although, at this rate we’re beginning to wonder if we’ll have anyone left to vote on Election Day,” Johnson said with a laugh.