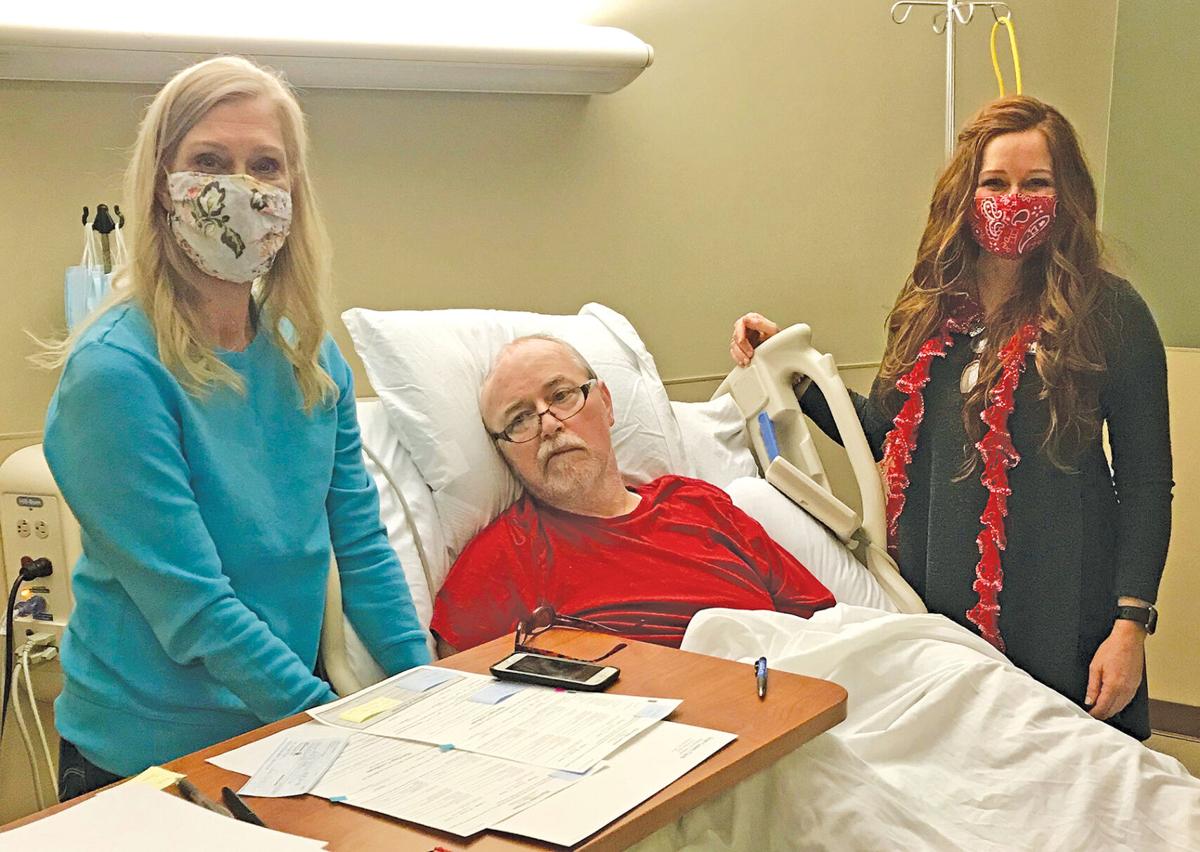 Lana Owens, left, Hilliard Cecil Jr. and Scott County Clerk Rebecca Johnson. Johnson made a special trip to Cardinal Hill Rehabilitation center Friday to process the marriage licenses for Owens and Cecil so they could be married on Valentine’s Day. 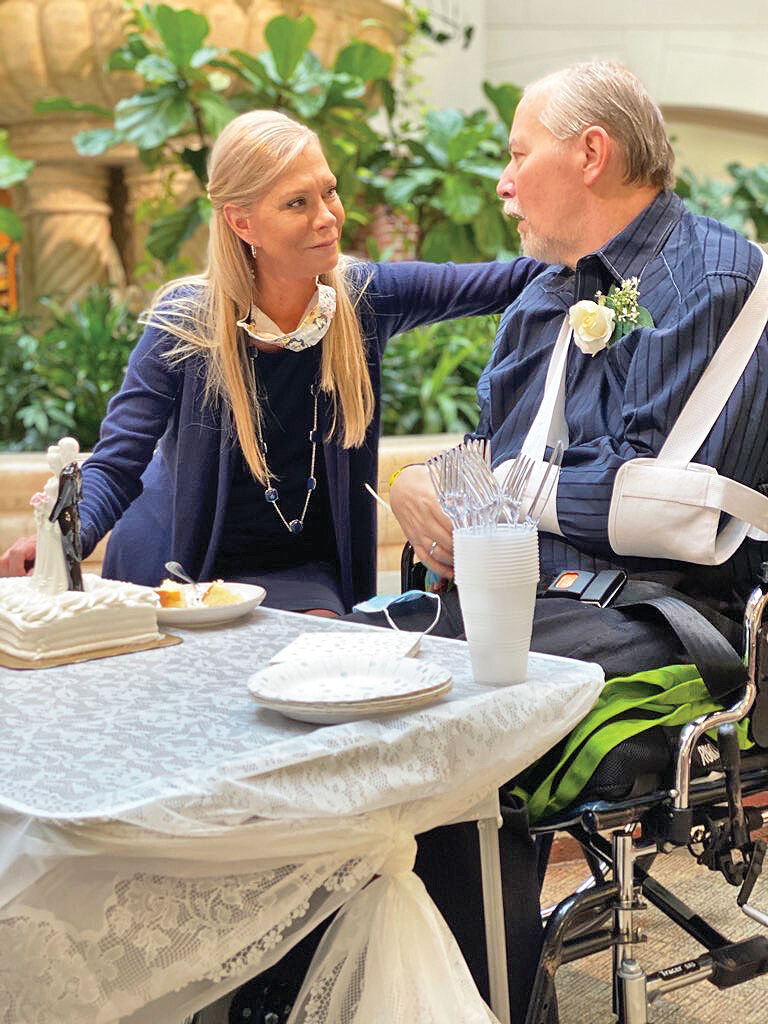 Lana Owens, left, Hilliard Cecil Jr. and Scott County Clerk Rebecca Johnson. Johnson made a special trip to Cardinal Hill Rehabilitation center Friday to process the marriage licenses for Owens and Cecil so they could be married on Valentine’s Day.

This was a very special Valentine’s Day for Lana Owens and Hilliard Cecil.

It was a day they thought might not happen, but thanks to some extra effort by some people and a determined couple, it became as close to a perfect Valentine’s Day as possible.

Owens and Cecil met 10 years ago through a mutual friend and last year they made plans to marry on Valentine’s Day, 2021.

However, on Dec. 4 during what was presumed to be a routine surgery Cecil experienced a stroke and was in a coma for 26 days. When Cecil came to, he needed intense rehabilitation therapy and with COVID-19 restrictions, the couple had limited time together.

And Valentine’s Day drew near.

Eventually, the couple decided to keep their important date, but Cecil could not leave the hospital at Cardinal Hill Rehabilitation Center. Kentucky law requires both parties to be present when applying for a marriage license, which complicated the issue even more.

“The lovely Lana Owens wanting to do something to help lift his spirits and aid in his recovery, called our office with hopes of having a Valentine’s Day ceremony at Cardinal Hill Rehabilitation Center,” said Scott County Clerk Rebecca Johnson.

So, Johnson agreed to meet the couple at Cardinal Hill in Lexington and process the marriage license last Friday.

“She was so sweet to do that,” Owens said of Johnson.

Counties projected to have the most extreme precipitation days in 2050

“After issuing the license on Friday afternoon, (Owens) embraced me and with tears in her eyes, then turned to (Cecil) and said, ‘well, its legal — you can’t get out of it now,” Johnson said. “And he turned to me and said, ‘I don’t want to! She’s been here with me every single day since this has happened — every step of the way… and I love her.”

Johnson said she fought back tears as the couple shard their devotion for each other.

And the couple were married on Valentine’s Day as originally planned in the atrium at Cardinal Hill. The hospital’s staff worked to make the event possible, despite coronavirus restrictions. Sources said this was the first marriage ceremony held at the facility in its history

“This has given him so much hope,” Owens said about the opportunity to hold the wedding ceremony.

Johnson was touched and proud to be a part of the event. She said her mother recently suffered a stroke and she understands what it takes to support a loved one who is recovering from such an event.

“This is what love enduring ‘through sickness and in health’ is all about,” said the county clerk. “What an honor to witness it!”

Cecil is improving, but he has a long way to go. But as of Valentine’s Day, thanks to a lot of people, Cecil’s best friend is now his wife.

Have you participated in public government meetings since COVID-19 began?