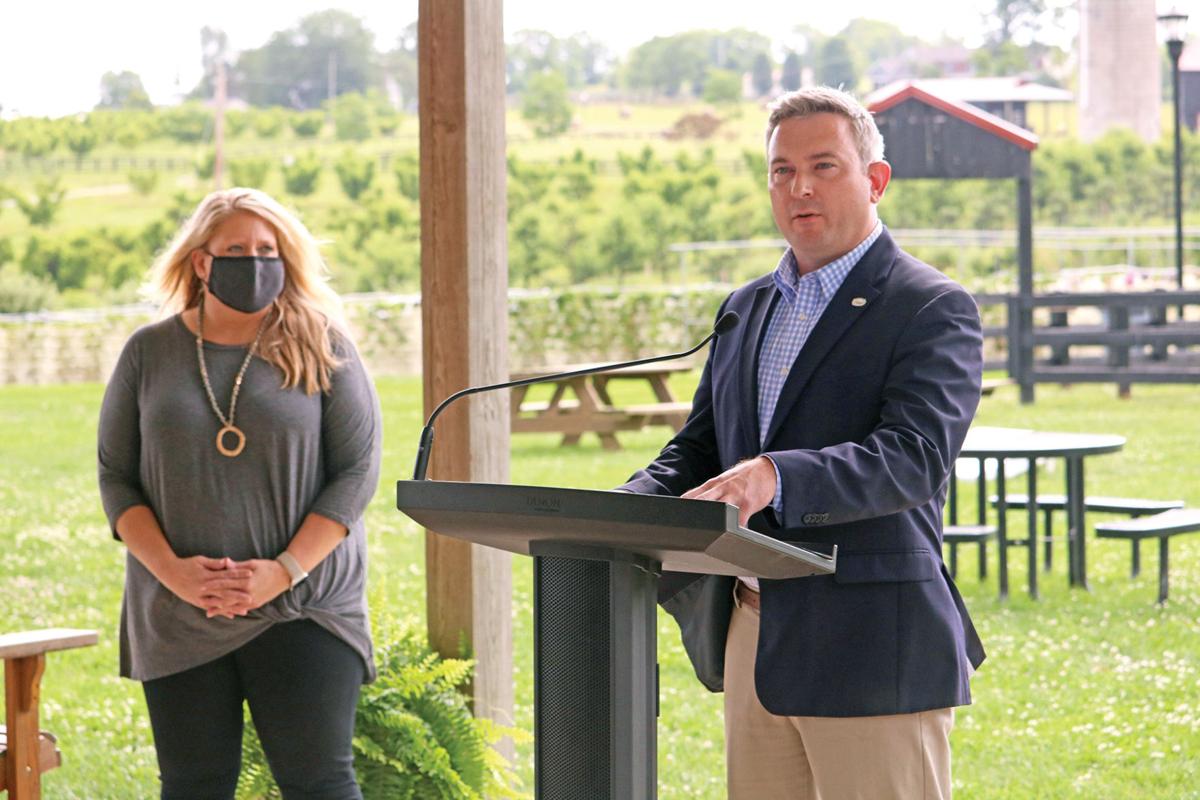 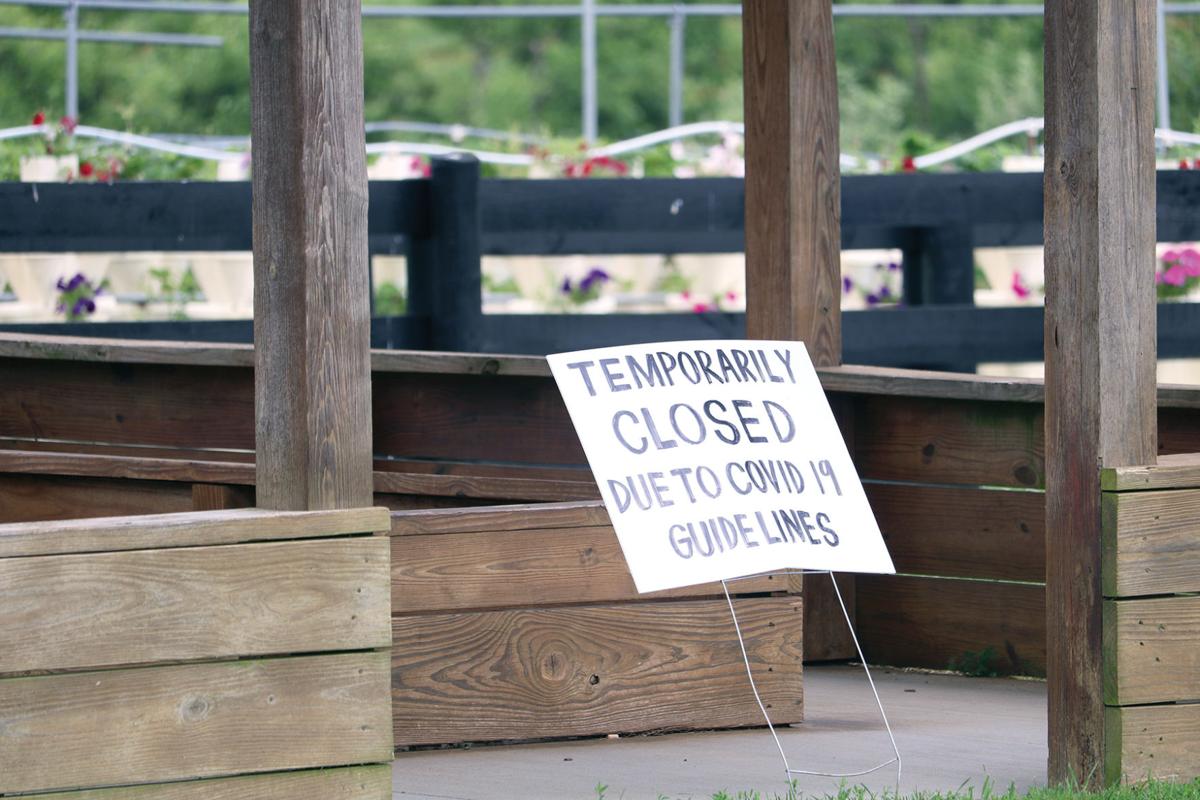 Jenny Evans says she is suing Kentucky Gov. Andy Beshear because she is fighting for the life of her family business.

Evans Orchard and Cider Miller has been a Scott County family operation since 2000, but the pandemic shutdown and restrictions placed in the business and the lack of information provided by state and local agencies as to how to comply with those restrictions has crippled the business and threatens its future, Evans said. She is a fifth generation farmer and her father, Kevan is considering retirement, she said. She has a 14-year-old daughter to whom she hopes will be able to eventually pass the farm one day, Evans said.

That’s why Evans Orchard and the Kentucky Department of Agriculture are filing a lawsuit against the Beshear administration, Dr. Crystal Miller and the Wedco Health Department, Eric Friedlander of the Cabinet for Health and Family Services, Steven Stack as commissioner of the Kentucky Department for Public Health in Scott County Circuit Court, said Kentucky Agriculture Commissioner Ryan Quarles with Evans nearby. Quarles is also part of a Scott County farm family.

“This is hard,” Evans said. “We have never been political. We don’t allow political signs. We value our community. We want to do the right thing.”

She has reached out to various state and local agencies seeking guidance on complying with state and local restrictions, but there has been little to no response, she said. Beshear’s office has been directly approached and received no response and when she was able to speak with a state agency about the restrictions and where her business — an agri-tourism operation — was categorized as to when they could reopen she was told they did not know, she said.

“In the early days of the coronavirus pandemic the governor declared a state of emergency to expand his ability to respond to the incredible public health crisis we face now,” Quarles said. “During this time the governor issued numerous executive orders. While these orders have been well intentioned, they fly in the face of the spirit and letter of Kentucky law and our constitution.

“The Evans Family has put public health first every step of the way during the coronavirus pandemic. But they have suffered immense financial losses due to restrictions issued by the Governor during the State of Emergency.”

Beshear violated the Administrative Practices Act, which contains significant protections for input from the public and the General Assembly during the rule-making process, Quarles said.

“Every Kentuckian wants to do the right thing to flatten the curve and save lives, but these orders have significantly burdened small businesses — especially through their haphazard and selective enforcement.” said the agriculture commissioner. “In this case, the agencies responsible for communicating and implementing have been slow to provide guidance to this business. For agri-tourism businesses across the state, peak season is approaching in September and October. Our farm families need answers now.”

Included on Evans Orchard and Cider Miller is a 96,000 sq. ft. playground, “...bigger than two football fields, large enough to build 20 houses…” and a local health official told Evans Orchard they could not allow more than 10 individuals at a time, Quarles said comparing the area to a park. In another instance, Evans Orchard waited five days before receiving a response from a local public health official, he said.

“The Administrative Practices Act sets up important guide rails to ensure the right of people to participate in the policy-making process,“ said Department of Agriculture’s attorney Joe Bilby. “In an emergency, the law allows the government to promulgate a regulation that takes effect immediately, but it also preserves everyone’s right to participate in the notice-and-comment process. Allowing everyone to be heard makes the policy results much better for all of us.

Court clears the way for tell-all book by Trump's niece

“For more than 100 days now, the Governor has imposed extraordinary restrictions on Kentuckians’ liberties without following the procedure required by law. It’s time for that to stop.”

Evans Orchard and Cider Mill is one of 548 agri-tourism businesses in Kentucky. Over its history, the farm has produced at various times tobacco, alfalfa, cattle, pumpkins, apples and other farm products. When tobacco began phasing out, the Evans family diversified its operations and became more of an agri-tourism operation, which includes the playground, pick-your-own patches of fruits and flowers, a cafe and bakery, a retail market and an Event Barn for weddings an other events.

Evans Orchard has 40 employees and has not laid off anyone, Evans said. They have made payroll through the Payroll Protection Plan stimulus checks, she said. Before the pandemic the farm purchased an adjacent farm and had plans to expand.

“Evans Orchard is a family-operated business in a small, rural community and we want to be able to open in a way that respects public health guidelines and also protects our family, friends and customers,” she said. “That’s why we have been so proactive in reaching out to our local health department; we want to do what is right to protect everyone.

“However, the reality of these orders, and the way they have been issued and enforced, have set our dreams back years. I pray our community understands that we take these actions today to protect everything we have invested into our small family farm.”

Which of these is your favorite summertime treat?