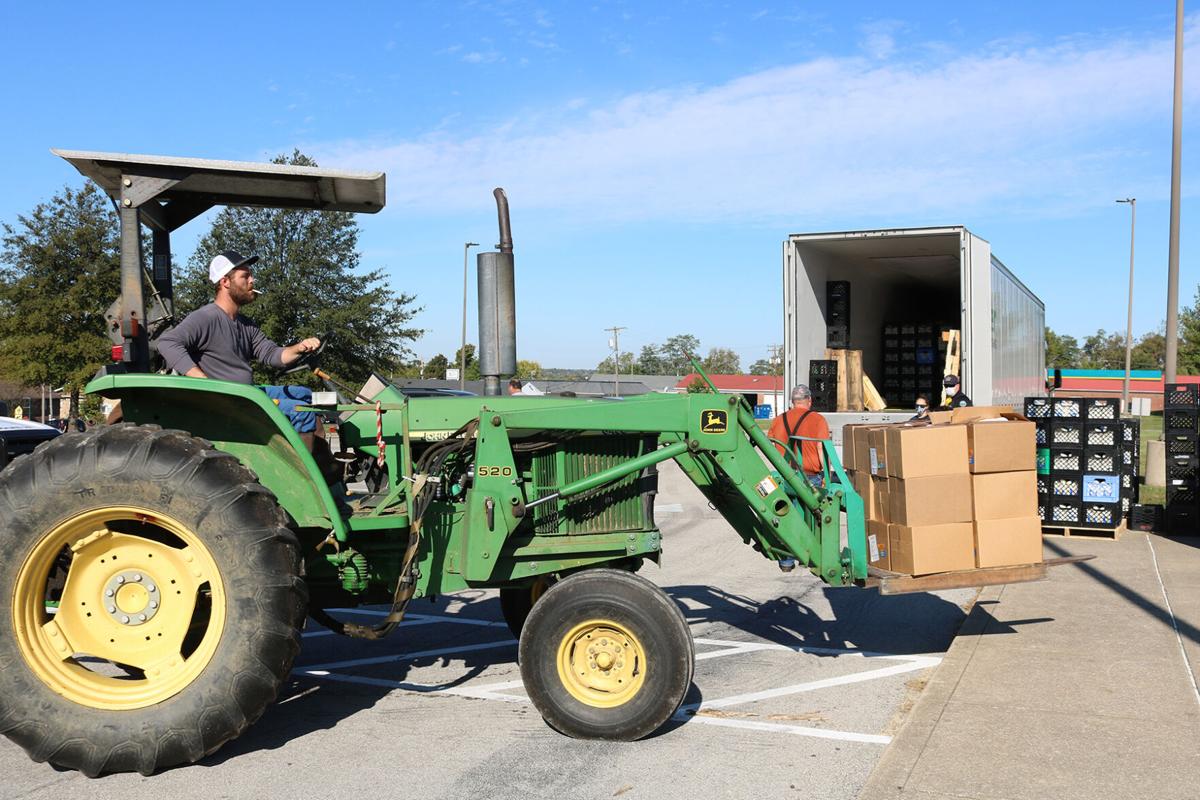 1400 boxes of food were given away, a forklift was needed for all the pallets of food to be distributed. 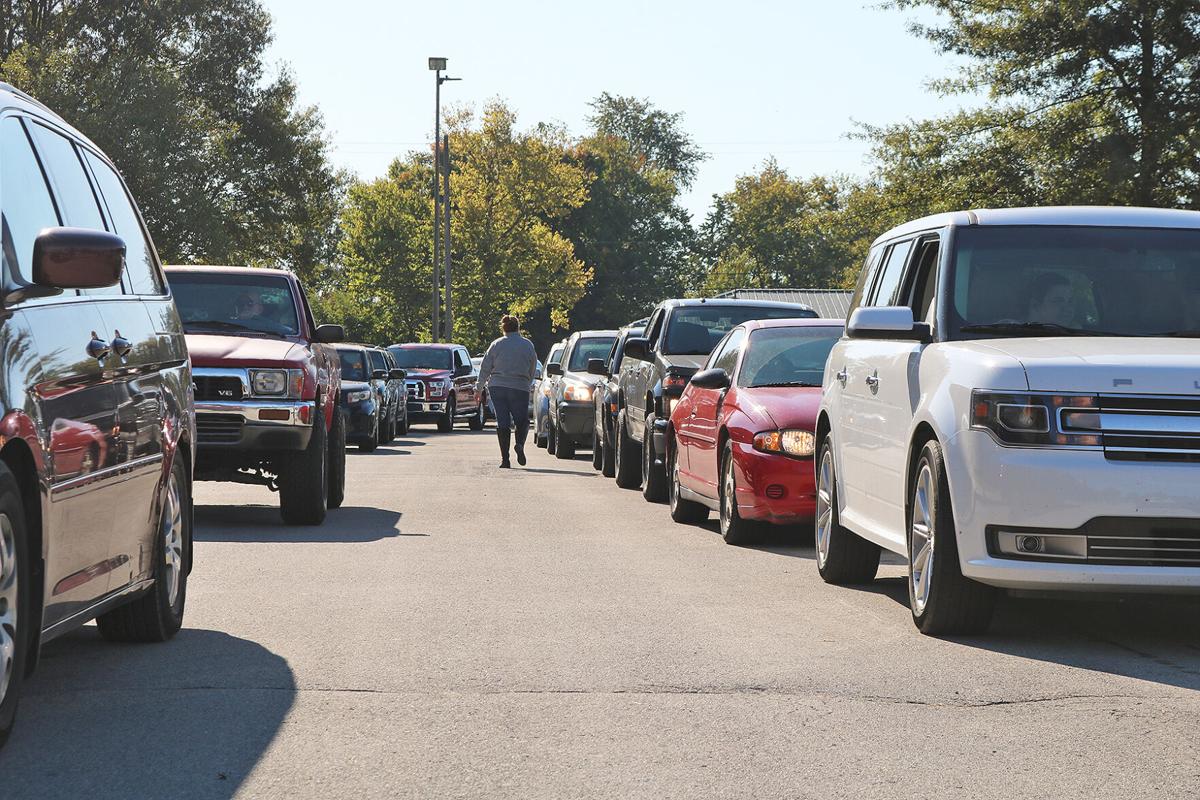 The food giveaway caused a miles-long traffic jam, leading to the outskirts of Stamping Ground.

1400 boxes of food were given away, a forklift was needed for all the pallets of food to be distributed.

The food giveaway caused a miles-long traffic jam, leading to the outskirts of Stamping Ground.

Long before its scheduled start time Saturday, some 300-to-500 cars lined up on KY 227 for a huge food giveaway sponsored by the church and held in the Stamping Ground Elementary parking lot.

The church’s goal was to giveaway some 1,400 boxes of food, containing anything from milk to ground beef, free to anyone who showed up. The giveaway was not limited to just Stamping Ground residents, but neighbor counties as well, Fultz said.

The food arrived in a tractor trailer truck and the boxes were lifted off by a forklift.

The turnout surprised some, but not Fultz who said she expected such a response. The giveaway was apart of the ‘Farm to Family’ program, with some money that came through the CARES Act. ‘Farm to Family’ first started during the COVID-19 pandemic when farmers were burning crops and disposing of unused milk until the federal government put a stop to that to provide for families in need of food.

Farmers then started shipping their products that were not being sold or used to distribution centers across the country, in turn being boxed up and given away through governmental funding, such as what happened on Saturday in Stamping Ground.

While the food giveaway was the Church of God’s biggest outreach, it is not the only outreach. The church supports a foster mother in Letcher County, who fosters adults with mental and physical handicaps.

“Every month we collect money,” the pastor said. “We take and collect money all year and once we collect the money, then we go and take them groceries and food and Christmas (presents).”

The effort is an example of a small town helping others, said Mayor Keith Murphy.

“It’s just Stamping Ground Church of God, they were just wanting to do something for the community,” said Murphy.

“Just a wonderful community assistance project that went above and beyond expectations,” Murphy later said in a Facebook post.

The church is hoping to accept another truckload with another food giveaway soon, Fultz said.

“Now that we see how much of a need there is — I don’t think people would sit two hours in a line if there really was not a need,” she said.