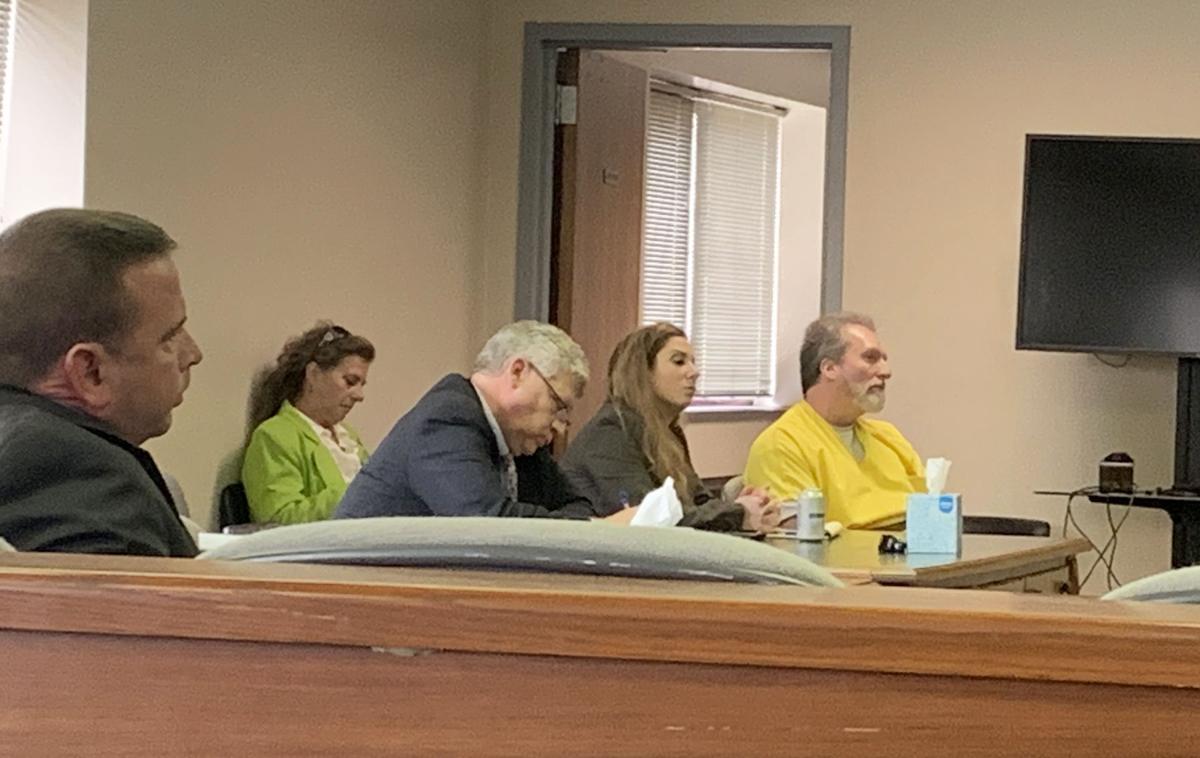 James Anthony Gray, far right, and his legal team, listen to court proceedings Thursday afternoon. He is scheduled to stand trial for a third time on charges of murdering his parents in 2007. 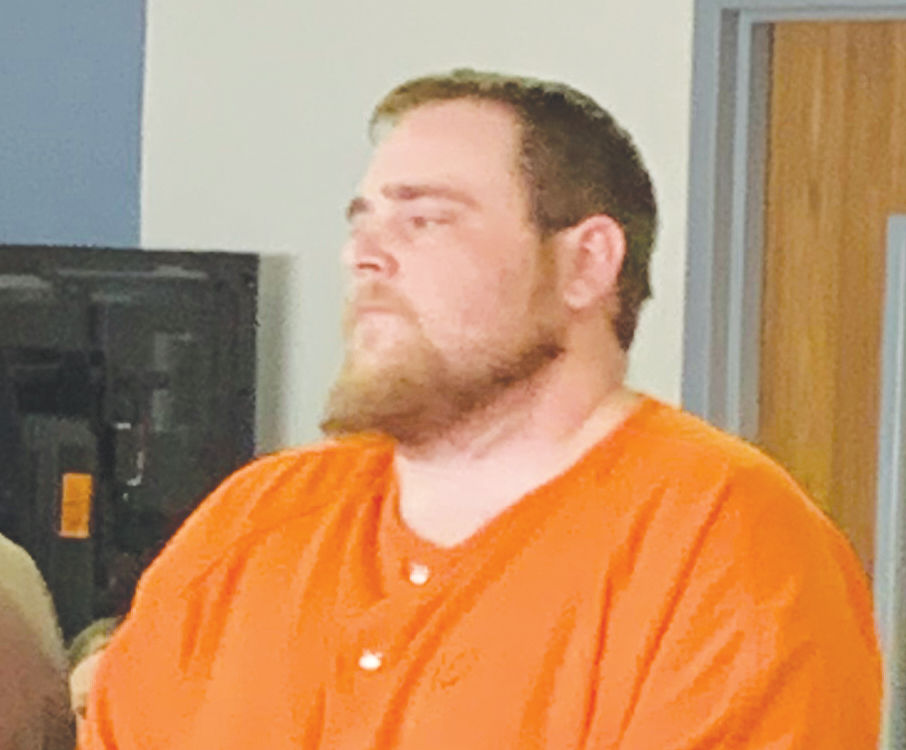 James Anthony Gray and Jacob King were both in court Thursday afternoon for their respective murder and reckless homicide charges.

At stake Thursday were motions on confessions and hearings over alternative perpetrator witnesses. Gray’s attorneys had filed new motions to ask special Judge Thomas Clark to reconsider decisions made by previous Circuit Judge Paul Isaacs prior to his retirement.

Gray’s attorneys countered that all three confessions are inadmissible, saying it was one statement over three successive days, and their client was not aware of forged evidence for years after the fact.

“The Supreme Court found that the taint rendered his statement involuntary. To cure the taint would have to remove the taint introduced by the commonwealth agents into the interview,” said Rodney Barnes, one of Gray’s attorneys. “No one knew the DNA test was forged and a fake. That was a big issue in the Supreme Court opinion and ruled the admissions out. But if we are going to talk about the third day of a statement taken by law enforcement, we will litigate again everything on appeal.”

Eardley said the key word in the Supreme Court ruling was the use of the word at.

“It says confession at the Scott County Sheriff’s Office. The other two confessions were at the Scott County Detention Center,” he said. Eardley said that the defense appealed the first confession, but not the other two confessions, nor did they mention them in their appeal. The third confession was two days after the first, another person was involved, and a public defender, Casey Holland, appeared at the jail and talked privately with Gray, who then finished the interview. Isaacs ruled the third confession would be allowed.

Gray’s attorneys said if the confession is allowed and they lose the trial, it will go right back to the Supreme Court.

Clark said he would rule on the motion in about a week.

Son of coaching legend on sexual abuse: I hoped my father would protect me

“What we don’t believe due process requires is a full examination under oath of all the alt-perp witnesses,” said Brian Hewlett, another of Gray’s attorneys. “I believe this was used as a discovery deposition of these witnesses to learn the circumstances these statements were made.”

He argued the defense has turned over a summary of witnesses, and would for new witnesses, but it is not a duty of the defense to provide witnesses to full cross-examination.

“It is evidence and testimony that is unreliable,” he said. “It could be double hearsay, triple hearsay. If normal rules of evidence doesn’t apply, it has to be balanced and you don’t know that without knowing what that evidence is.”

Clark ruled that he was going to keep Isaacs’ order in place but limited to potential alt-perp witnesses and no others, and defense provides names and summaries of witnesses to prosecutors, and then either party, based on their own investigations, could ask for a hearing.

King was in court for a preliminary hearing and Judge Sarah Hays ruled the case be sent to the grand jury.

King has been charged with reckless homicide and driving under the influence in connection to a 2018 accident that led to the death of his father, Ricky.

According to Scott County  Sheriff’s Office Sgt. Devin Brinegar, a blood test showed a blood alcohol content of .107 and a drug panel tested positive for marijuana and cocaine. Jacob said a deer had run across Newton Pike, forcing him to swerve and overcorrect and that led to the vehicle rolling several times on July 27, 2018. Ricky was taken to the hospital where he later died.

Brinegar said there were no witnesses nor any evidence of a deer, and Assistant County Attorney Cam Cullbertson and Brinegar both believed the accident was the result of Jacob being intoxicated.

Jacob’s attorney, Greg Coulson, questioned Brinegar that there was no evidence to prove the accident could not have happened if his client had been sober, saying sober people weave to miss deer and things all the time. He also argued Jacob’s head injury and loss of blood could have led to the blood alcohol content results.

Steve McClain can be reached at smcclain@news-graphic.com.

Do you think Kentucky should drop all COVID-19 mandates/restrictions?