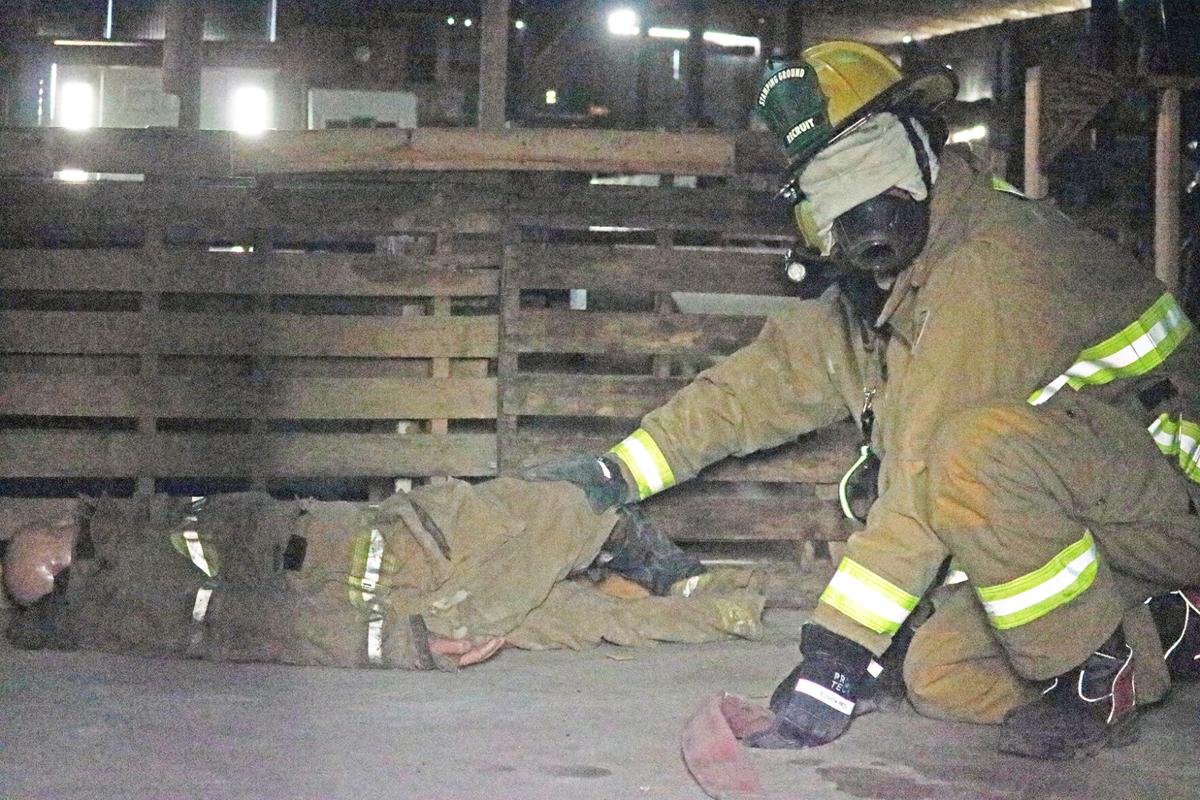 Stamping Ground Fire Department recruits trained in zero-visibility Monday in a warehouse on the old distillery property in Stamping Ground. 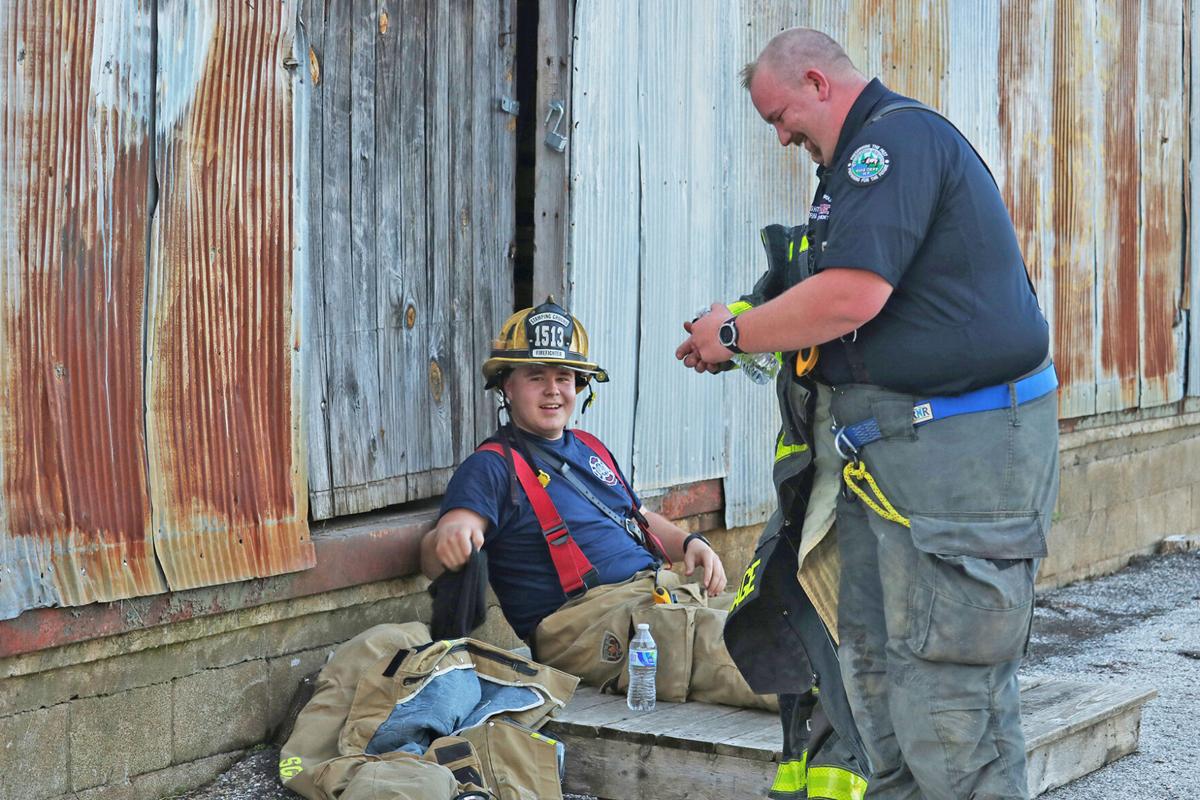 Firefighters Wes Catron and James Osterhage take a breather after working their way through the warehouse in a maze of obstacles following hose line.

Stamping Ground Fire Department recruits trained in zero-visibility Monday in a warehouse on the old distillery property in Stamping Ground.

Firefighters Wes Catron and James Osterhage take a breather after working their way through the warehouse in a maze of obstacles following hose line.

STAMPING GROUND — It’s dark. It’s dusty. It’s a maze to get through one of the old warehouse buildings on what used to be distillery property in Stamping Ground.

But, you won’t find bourbon bottles. Instead, roughly 30 volunteer firefighters with Stamping Ground Fire Department (SGFD) are training in that building every Monday evening to better serve a community they love.

This past Monday recruits were training in zero-visibility, making their way from one side of the warehouse to the other with a partner through a dark maze following their hose line.

SGFD is a fully volunteer-based fire department, many coming from neighboring cities and counties with a wide range of experience.

Lt. John Hobbs began volunteering with the Stamping Ground Fire Department in 2016. That led to a career in Emergency Medical Services (EMS) and a part-time job with Shelbyville Fire Department.

So, being “as green as they come,” Hobbs jumped right into training.

“Not only did they show me the proper techniques and get me the proper training hours--I had great instructors who were doing that—but it also paved the way for me to get my career job in EMS,” he said.

Jeremiah Young is the newest recruit for the department. He is from neighboring Frankfort and is a high school senior.

Like many others on the department, Young wanted to volunteer with SGFD because he is looking to help people and hopes to pour back into future recruits when he is ready.

“Just being around this atmosphere has helped me a lot—grow a lot as a person—and, they’ve poured a lot into me,” Young said. “Hopefully, one day when I’m older, I can pour back into other recruits coming in if I’m still at this department or wherever God leads me to be.”

“It’s not a volunteer fire or career fire,” said volunteer Dale Perry. “Fire is fire. Heat is heat. It doesn’t matter what walk of life the guy that’s got the air pack that walks in that door (has). We all train the same.”

Before gaining the opportunity to utilize the warehouse as a department, recruits were having to clear out the station and train in the bay, they said.

The state also offers virtual classes, Perry said. Many are gaining “fire hours” through those classes, as well.

To apply as a SGFD volunteer firefighter, visit the Stamping Ground Fire Department Facebook page, or pick up an application and drop it off at city hall.

Do you think pineapple belongs on pizza?