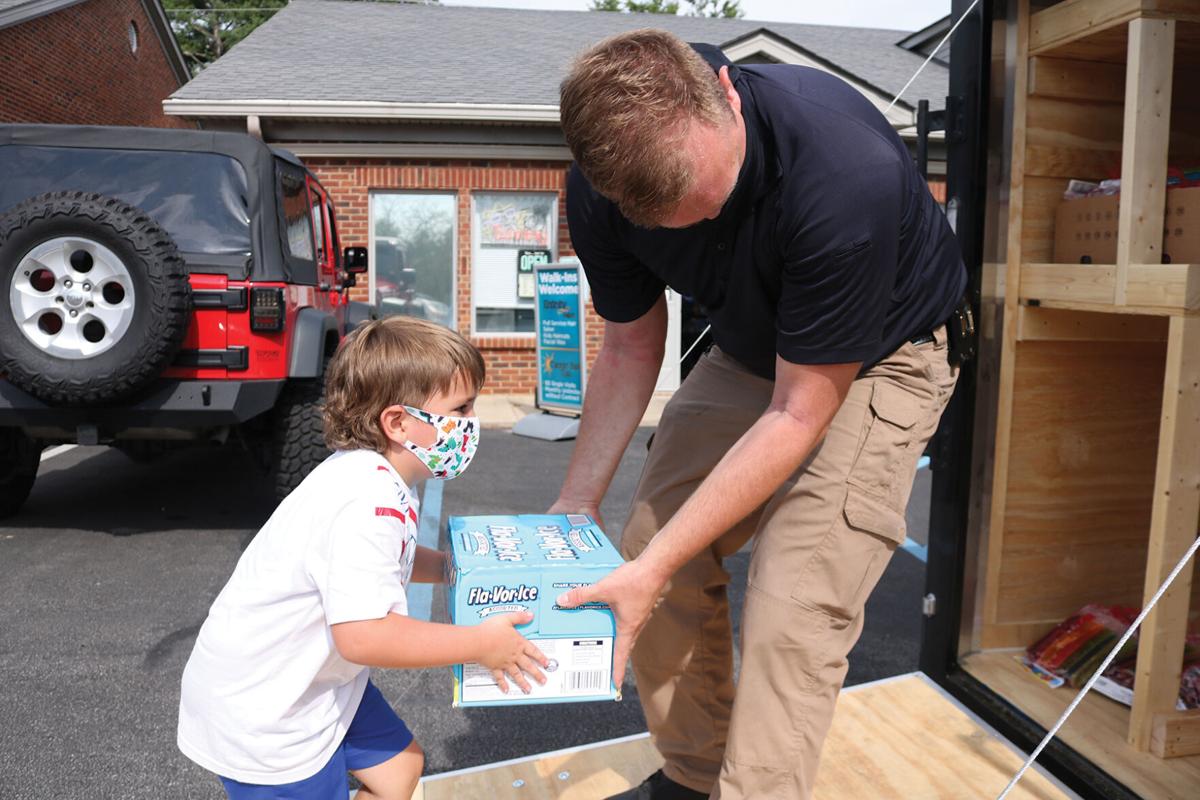 Taytum Hardin andOfficer Patrick Nevitt load up one of many boxes of popsicles into the Georgetown Police Department trailer. 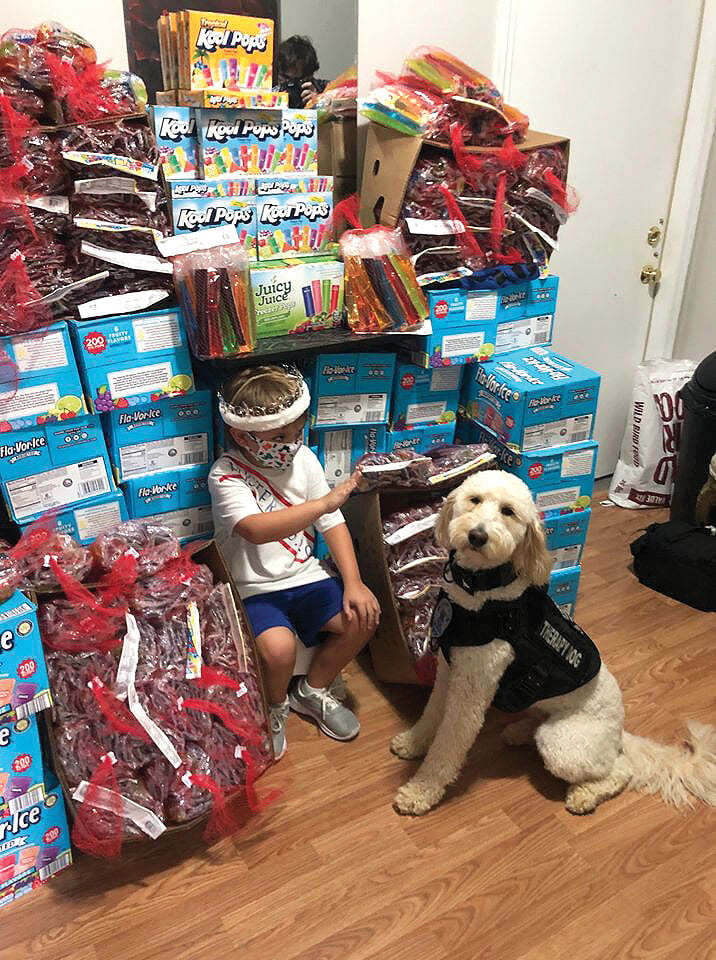 Taytum Hardin poses with his popsicles and the GPD comfort canine.

Taytum Hardin andOfficer Patrick Nevitt load up one of many boxes of popsicles into the Georgetown Police Department trailer.

Taytum Hardin poses with his popsicles and the GPD comfort canine.

Taytum Hardin, 6, has been working to collect and recycle cans. His hard work paid off in the sum of $500 turned 10,000 popsicles, which he is donating to the Georgetown police and fire departments.

Hardin was named Mister US 2019 and loved the pageant scene, his mother Susann Hardin said. He has learned responsibility and determination from his work.

After seeing a news story of Lexington Police handing out popsicles featured on a local TV station, Taytum asked his mom, “Why don’t we buy (our police and fire departments) popsicles?”

So they did. Boxes and boxes of them.

Because of Hardin’s hard work collecting cans at events like car shows and Jake’s Day, several in the community donated to his cause, as well.

Bringing the Heat food truck donated tip money and Walmart donated some 25 popsicle bags to get Hardin over the 10,000 popsicle mark.

Hear what Amy Coney Barrett said about SCOTUS appointments in 2016

Later, the GPD thanked Taytum on their Facebook page.

“GPD wants to tell Taytum how proud we are to have him as part of this great community,” GPD wrote in the post.

Which of these is your favorite thing about fall?