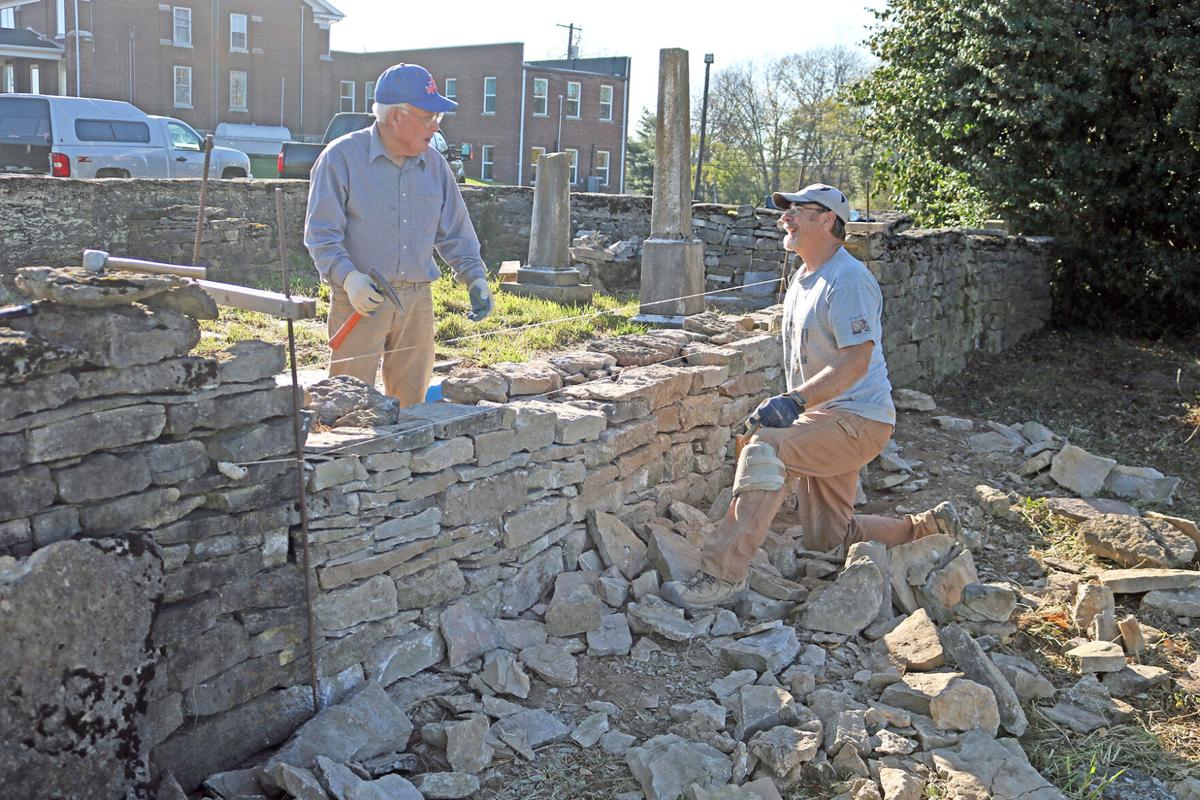 David Kenley and Patrick Parker repair a portion of a stone wall around the Johnson Family Cemetery. 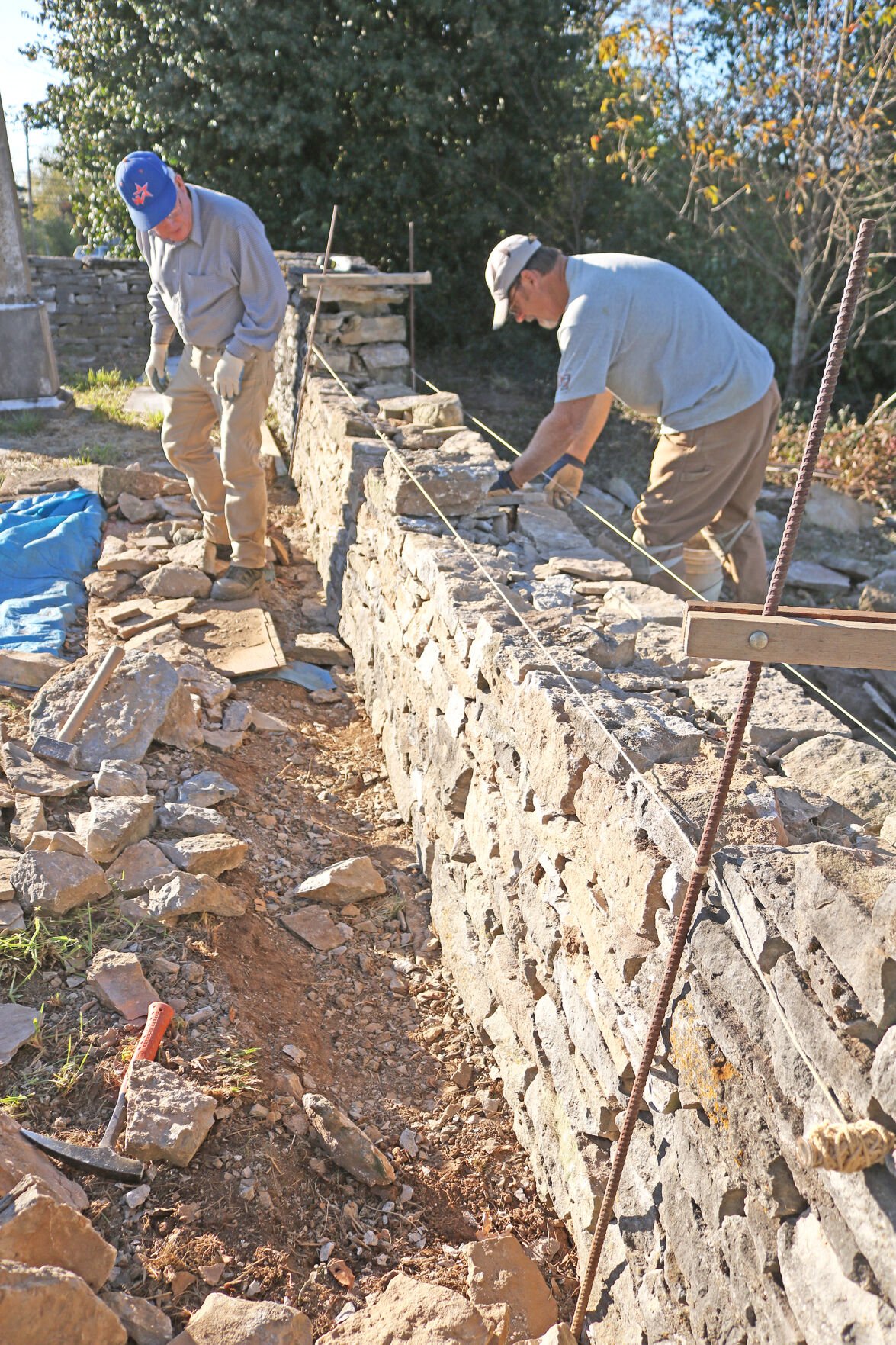 Fixing the stone wall is part of phase one of two in cleaning up the Johnson Family Cemetery.

David Kenley and Patrick Parker repair a portion of a stone wall around the Johnson Family Cemetery.

Fixing the stone wall is part of phase one of two in cleaning up the Johnson Family Cemetery.

History has joined two stone masons together. David Kenley and Patrick Parker are working at the site of the Johnson Family Cemetery, a part of what is the Great Crossing Cemetery beside Great Crossing Baptist Church.

Parker, a member of the Sons of the American Revolution, was visiting the site of Colonel Robert Johnson and Jemima Suggett Johnson, two “Revolutionary War Patriots,” as Parker calls them, about a month ago. He noticed the condition of the plots and that a portion of the stone wall had fallen over. He spoke with Pastor Ben Perkins, Great Crossing Baptist’s pastor, about volunteering his time to clean up the site.

Perkins agreed that the cemetery needed attention, Parker said. So, Parker began reaching out to people for help.

The Scott County Historical Society was on his list of contacts. Connie Minch then connected Parker with Kenley, a master stone mason who has lived in Scott County his entire life and traveled the world building stone walls.

“(I) just wanted to have a collaborative effort here and get the proper folks involved,” Parker said.

Kenley has been no stranger to the Johnson Family Cemetery. He has worked on the stone walls around the Johnson family for 20 years, he said.

Tourists who visit Ward Hall also like to visit the cemetery because some of the tourists are decedents of the Johnsons, Minch said.

“It’s a noble effort,” she said. “(The cleanup) needs to be done. Just like (Parker) said, we have been negligent to let it get into this connection.”

Parker plans to complete the project in two phases.

50 facts about poverty in America

First, Kenley and Parker are working to rebuild the fallen stone wall, then work will begin on uncovering the grave markers that have been overgrown by grass.

In Phase two, Parker would like to get help fixing the broken tablet grave markers in the cemetery.

“That’s a skilled trade, right there,” he said.

He also recognizes that project would take more funding than just the clean up itself.

Parker, Kenley and Minch agree keeping these sites in good condition is important.

“The Johnson family connection to Ward Hall, where I contribute countless volunteer hours, and the fact that these two people (Col. Robert and Jemima Suggett) were parents of a Vice President (Richard Mentor Johnson) who is native of this county, all of us, who are now Scott Countians can take pride in that,” Minch said.

How much snow do you want this winter?